Oh, Edinburgh. Where to even begin. We loved our time in Edinburgh and sincerely wish we had a day or two more to explore the nooks and crannies of the city.

We flew to Edinburgh directly from Dublin, early in the morning on the 3rd of February. We got to the airport with plenty of time before our flight and ended up having to check our bags though, since they were just a bit too big for the overhead bins on EasyJet (ugh). Once we landed we opted to take an Uber from the airport to our apartment as the public transportation options were just going to take too long. It ended up costing just about 25 pounds for a pretty decently long journey (so split between us was worth it). So, all in all a solid decision that saved us a good bit of time! 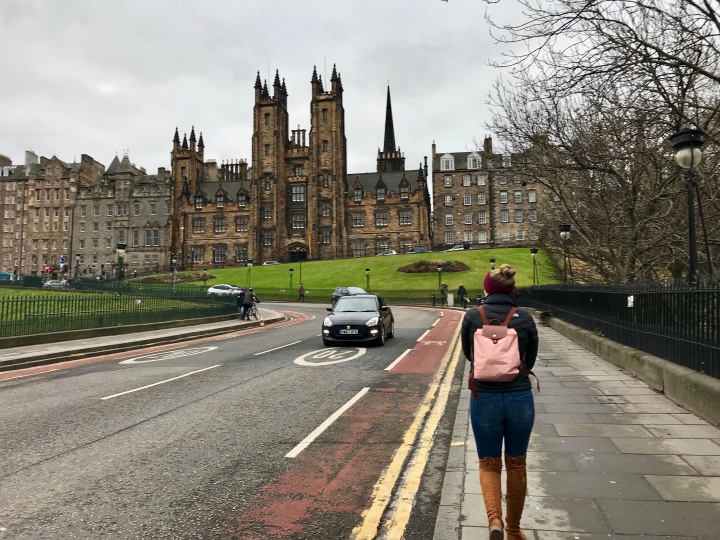 After arriving at our Airbnb (hosted by the loveliest woman named Judith who shared her seriously beautiful and clean flat with her two huge and snuggly rag doll cats, Monty and Duke) we opted to take a bit of a rest instead of exploring right away. The weather outside wasn’t great and Maggie was still fighting off a wicked cold- so, we instead napped a bit and then had an early dinner at a delicious Italian restaurant nearby called Vittoria on The Walk before heading to bed.

We woke up early the next day to catch our tour with Rabbie’s from their cafe located luckily only about a 15 minute walk away. We were able to grab some coffee and a pastry before boarding onto the small Mercedes Sprinter van for our tour of the Western Highlands. Our tour guide was hilarious and made the trip that much more wonderful. He even stopped just outside of Edinburgh at the Forth Bridges for a photo opportunity just as the sun was starting to rise in the sky. The view was honestly breathtaking.

As we continued on we made a few stops, including one at Castle Doune- which, fun fact, was one of the locations for filming for both Outlander and Game of Thrones. So cool. After another stop at a beautiful Loch (where Emily accidentally got a ton of water in her boots thus requiring a purchase of socks at a small store in the middle of nowhere…), we headed on to one of our main attractions, Inveraray Castle and the village of Inveraray. After a photo opportunity at the Castle (which was closed to visitors at the time) we were able to grab lunch on our own in the Loch-side village of Inveraray.

Inveraray is ridiculously quaint with stunning views out over Loch Fyne and some cute, small eateries to enjoy some authentic fish and chips at. After lunch by the fireside, we boarded back on the van and to a lookout called “Rest and Be Thankful”-which absolutely lived up to its name. Our final stop was to Loch Long for another photo opportunity of the crystal clear waters of the Loch as the sun was going down. 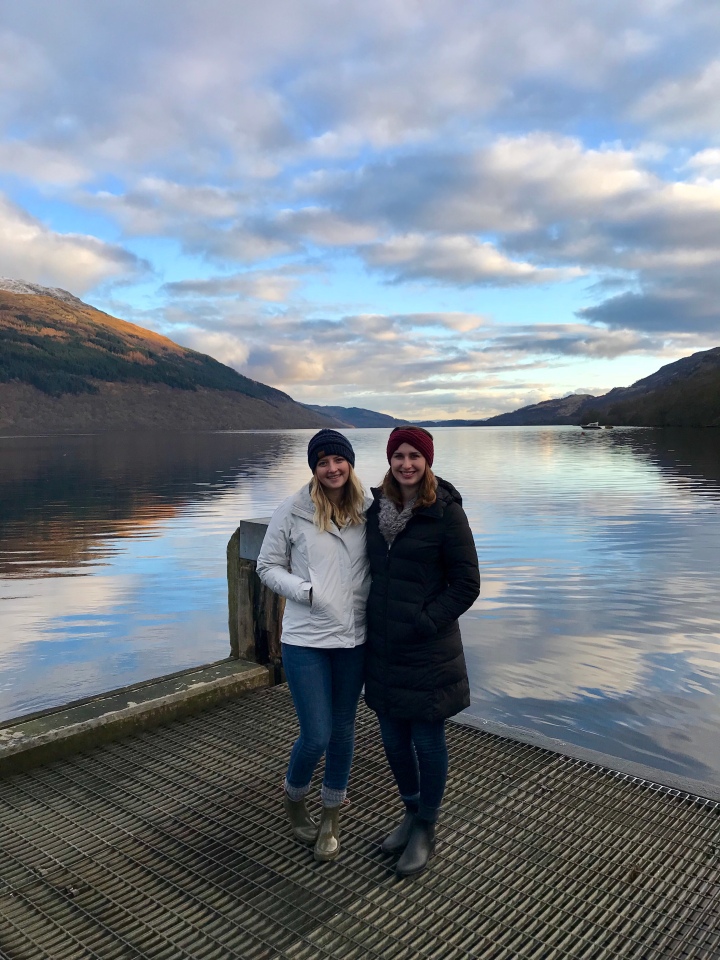 After returning to Edinburgh we grabbed a light dinner at a Mediterranean restaurant nearby to our apartment and then headed off to bed before our final day in Edinburgh.

After our adventure filled day the day before, we had a bit of a lie in before grabbing breakfast at Papii in Edinburgh’s New Town and then climbed the hill up to Edinburgh Castle to take in the spectacular views of the city from above. After some pictures, we walked down the Royal Mile and popped into a few shops. We also stopped by The Elephant House where J.K. Rowling wrote the first Harry Potter book to experience the birthplace of Harry Potter (pretty exciting- Emily was geeking out). After a beer and some soup at a nearby pub, we headed to The Collonades at the Signet Library for something we had planned for weeks.

The Collonades hosts high tea in the afternoons in a stunning space just off the Royal Mile. It costs 33 Pounds and includes unlimited tea with a savory plate and a sweets plate. It was the perfect place for us to rest in the warmth and fill up on finger sandwiches and pastries. It was also incredibly quiet inside the library and we couldn’t help giggling when one of us dropped a spoon or laughed a bit too loud. It was almost as if some grandmotherly figure was going to pop out at any moment and scold us! But, nevertheless we loved our high tea experience and felt like proper English girls, 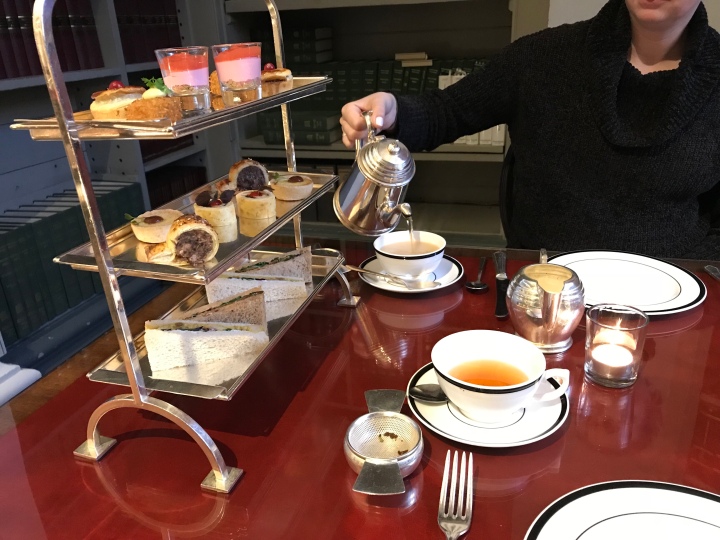 As mentioned before, we would have loved to have just a bit more time to explore Edinburgh. We really wanted to see Dean’s Village and just be able to have some more time to wander around the beautiful streets. Both of us agreed though that it was a place we could see ourselves returning to and even living (dreaming big here). It had such a wonderful impact on us and we cannot wait to return. In a few words we would describe Edinburgh as architectural, cultured, and whimsical.

2 thoughts on “Do We Have To Leave Edinburgh?”